What are the characteristics of non-woven film?

Non-woven bag film bag is a kind of non-woven bag with good visual effect, because this kind of bag can almost print photos and pictures on the outer body of the bag through the printing process, the effect is real, and the color saturation is high. , The true color effect is excellent. A lot of fashion advertising elements are reflected, just as beautiful and lifelike as printing color photos!

The color printing of non-woven film-covered bags is now compared. Mature gravure film printing. This film-coating process is generally divided into two types: one is bright film or light film, and the other is dumb film. There is a certain difference in the actual effects of these two kinds of films.

As you can see from the picture above, the bright film is characterized by relatively high gloss and bright colors. We see reflective effects on its surface, and the colors are brighter and more colorful; insiders say, it Realistic is a bit “fake”. what do you think? Hehe…

The surface of the non-woven bag covered with a matte film cannot see the reflective effect. The effect it presents is elegant, luxurious and atmospheric; it looks matte, and it feels uneven to the touch. Yes, it has a stronger sense of art. The editor also thinks it is, hehe…otherwise friends choose more dumb films! Of course, this depends on many factors such as actual situation, personal preference, design style and so on.

These two kinds of coating effects have their own merits. In terms of price, the cost of dumb film is a little higher than that of bright film. Of course, whether the bright film or the dumb film still needs to be selected by the designer according to the specific design picture. Effect. 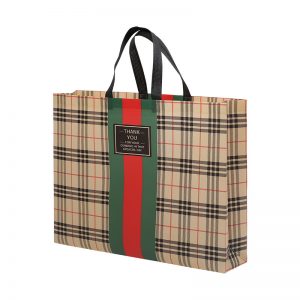 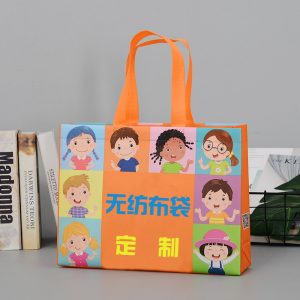