The introduction of canvas bag

Canvas bags are comparative. They are naturally degradable. They are expensive and difficult to implement. However, their durability and firmness are much higher than non-woven bags. The cost performance is still high, but the cost is too high. High, not suitable for large-scale promotion and use, so non-woven bags are not popular.

2. Canvas bags, the big cost is the fabric, and some non-woven bags use ink. Generally, they don’t cut corners to save a little money (unless they are fooled by the manufacturer). It can also be called here. ；

3. Sturdy, noticed that the fabric of the canvas bag that has been used for two years is not damaged, but the thread is opened in some places (sometimes it is pressed by heavy things, and the manufacturer does not do it well), so the workmanship is exquisite by the manufacturer. It is from the promotion time;

4. Canvas bags have more fabrics and more textures, most of which are fine and smooth. The printing and imaging effect is very good.

5. It is also easier to clean, and there is a little deformation after washing, because pure cotton has shrinkage. This is much stronger than non-woven fabrics.

Canvas: A thicker cotton or linen fabric. Named because it was first used in sails. Generally, plain weave is used, and a small amount of oblique weave is used. Multi-strand yarn is used for warp and weft. Canvas are usually divided into two categories: coarse canvas and fine canvas. Coarse canvas, also known as tarpaulin, is commonly woven with No. 58 (10 British branches) 4-7 strands. The fabric is firm and resistant to folding and has good waterproof performance. It is used for automobile transportation and open-air warehouse cover and tents in the field. Fine canvas warp and weft yarns are generally 2 strands No. 58 to 6 strands No. 28 (10 British counts/2 to 21 British counts/6), which are used to make labor protection clothing and supplies. After dyeing, it can also be used as fabrics for shoes, travel bags, backpacks, etc. In addition, there are rubber canvas, shielding canvas for fire and radiation, and canvas for paper machine.

To put it simply, yarn count refers to the thickness of the yarn. At present, the “imperial system” is commonly used in China: one pound (454 grams) of cotton yarn (or other component yarn), the length is 840 yards (0.9144 yards/meter) ), the fineness of the yarn is one piece. If one pound of yarn has a length of 10×840 yards and a fineness of 10 yarn counts, the representation method of the yarn count is the English letter “S”. The representation method of a single yarn is: 32 single yarn – —–It is expressed as: 32S strands are expressed as: 32 strands (two strands twisted in parallel) are: 32S/2, 42 strands and 3 strands are twisted as 42S/3.

The calculation unit of canvas fabric density is in metric system, which refers to the number of warp and weft yarns arranged within 10cm. The density directly affects the appearance, feel, thickness, strength, flexural resistance, air permeability, abrasion resistance and thermal performance of the fabric and other physical and mechanical indicators. At the same time, it is also related to the cost of the product and the size of the production efficiency.

The direct measurement method is accomplished by means of a cloth mirror or a fabric density analysis mirror. The length of the scale of the fabric density analysis mirror is 5cm. Below the analysis lens, a long strip of glass is engraved with a red line. When analyzing the fabric density, move the lens to align the red line on the glass and the red line on the scale at the same time. Between the yarns, use this as the starting point, and count the yarns while moving the lens until the 5cm scale line is the same. The number of output yarns multiplied by 2 is the density value of the 10cm fabric.

When counting the number of yarns, the center between the two yarns should be used as the starting point. If the count reaches the end, if it is over 0.5, and if it is less than one, it should be counted as 0.75; if it is less than 0.5, then Calculated by 0.25. Generally, 3-4 data should be measured for fabric density, and then take the arithmetic average value as the measurement result.

gram weight: refers to the weight of one square meter of cloth in grams. Woven canvas fabrics use “ounce”, “an” or “OZ” knitted canvas in general weight (g/m2). Its conversion is that 1 ounce is equal to 28.375 grams. However, it is generally 28.35 grams on a weighing machine, which is related to the yarn count and the warp and weft density of the fabric. The thicker the yarn, the thicker the cloth and the greater the weight of the cloth. This has nothing to do with the density of the yarn weaving of the fabric, but ounces are used for thicker fabrics. For example, denim canvas must be measured in ounces. In fact, you can also understand that ounces are used for thicker yarns. But now it is generally used in denim and canvas.

canvas bags, with many styles and new styles, can be used not only as general shopping bags, but also as corporate advertising and promotional gifts. Canvas bag is a kind of fashionable cloth bag. This kind of bag is very demanding in terms of workmanship and material. Otherwise, the effect can not be produced, but it makes people feel nondescript. 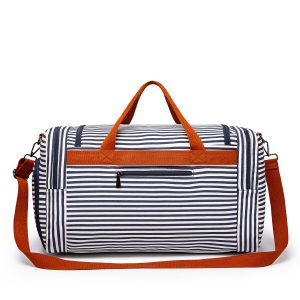 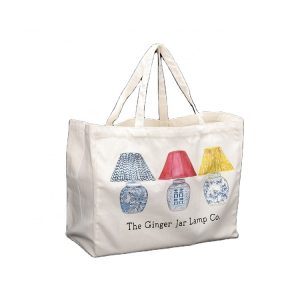